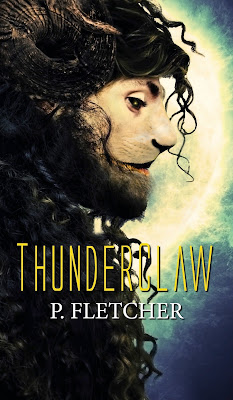 
A King, his commander, an Earthling and her kin.
Trekking through outer space to distant galaxies.
Feasts, a storm, annihilation and rebirth.
This tale is about the bonds between family and friends. A saga of the love between a woman and two aliens.

Well now, the second book in the Alien Warrior saga has finally been released. So sorry for the delay (I explained what happened a little here)! My husband dropped to his knees in thanks when I told him. I've been fretting over it for two years now. It's 6.99 USD before tax on Amazon Kindle.

This was my first time using the PreOrder function (something I was always skeptical about using as ebooks are unlimited and usually PreOrders are to ensure you get something of limited stock, Amazon have a robust recommendations system meaning you are notified in a number of ways when an author has a new book out, and lastly, PreOrders are counted towards your sales rank as normal sales, meaning there is no ranking boost on the day of release). Overall, it went better than I expected. I gave myself a target of 100 in two weeks (I really didn't think anybody would bother to PreOrder, and my report says 1227. So I was wrong. *hangs head in shame*

ThunderClaw is again a plus length novel considering its genre, but I loved the characters, and I had a whole new world to build up as it's a different species of alien. You'll be happy to know I corrected the formatting issues Venomous had in this book by using a cool publishing tool called Vellum. It vanquished the eye-bleeding days of pain I used to experience when formatting.

This is the first time I've written about bisexual main characters. I had significant leeway in how my characters expressed their sexuality as I wrote of an alien culture. There were no conventions on behaviour, nor worries over accurately conveying prejudices in society keeping me from creating the polyamorous relationship I did.

Venomous' central theme was liberation from slavery. ThunderClaw focuses more on emotional freedom and allowing yourself to heal after a traumatic breakup.

The working cover was also edited to make it look more like the alien in the story, which was fun, though having to get used to Adobe Photoshop since they change the user interface every five seconds is not fun.

Now, as I enrolled the book in Kindle Unlimited, I spent the last few days trying to wrap my head around the increased level of uncertainty that comes with using the scheme. It worked well last time, so, naturally I thought to try it again, but I am quite anxious over the whole pages read thing. The book is 974 KENPC (166k word count, 595 print pages), which is Kindle's normalised page count. So, I sort of am guessing that every 1000 pages or so someone has a read the whole book? It's strange as I can no longer say with certainty how many people have borrowed it as opposed to buying it. I guess I can divide the final numbers, but that is just me assuming everyone read to the end of the book or the same amount of pages. It does in theory seem more fair for longer works, but I do wish there was a higher level of reporting that told you at the end of the month the unique readers who borrowed.

I've updated my website, something cleaner and less maintenance intensive. My new release newsletter will be going out on Friday early evening.