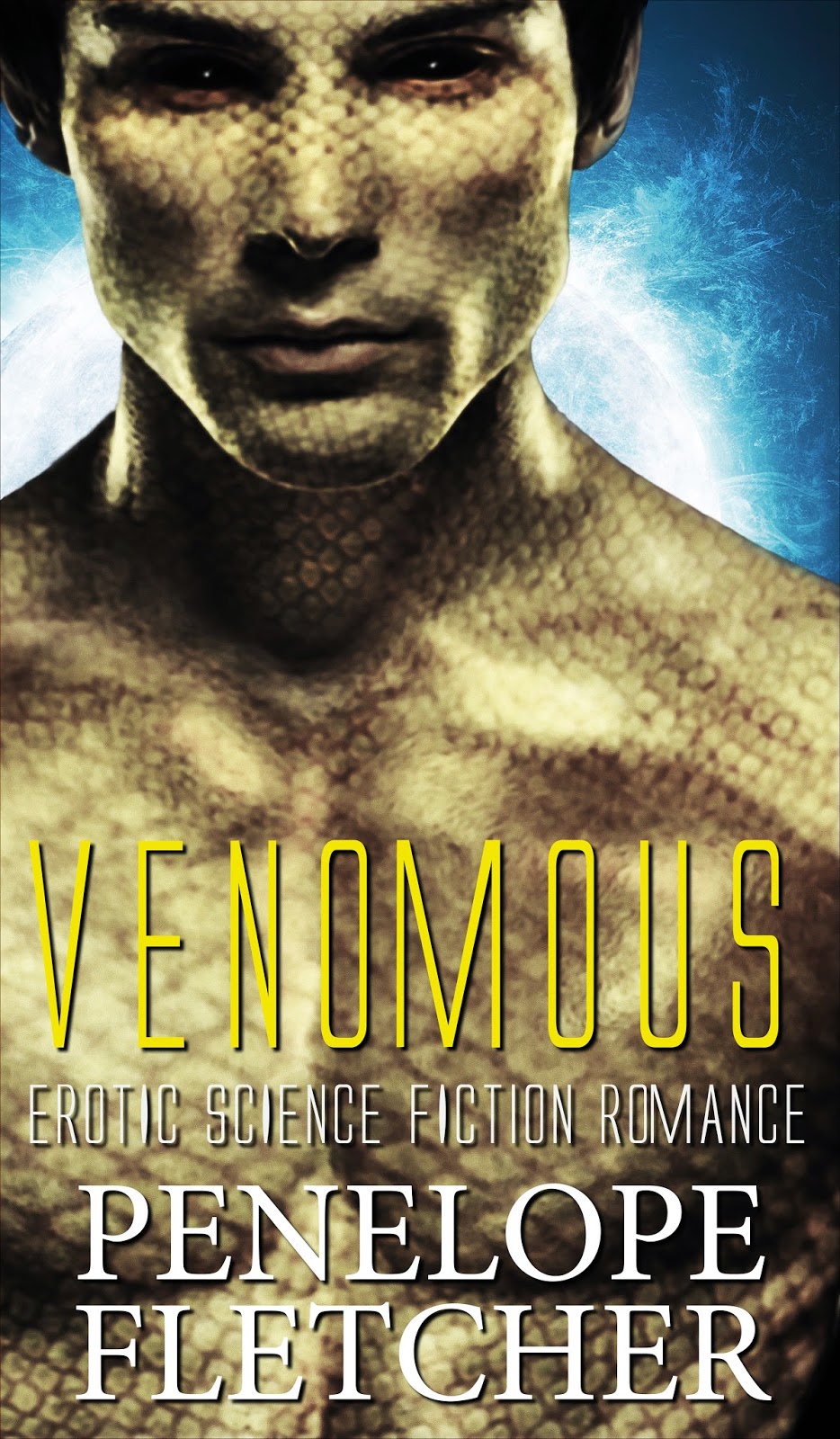 Abducted from Earth and transported to a slave planet in an unknown galaxy, Lumen finds herself, shackled, naked and put on display before an alien horde. Told the males will battle for the right to slake their lusts with her body, she would become the slave of slaves.

Venomous One, a proud warrior enslaved, has given up hope of returning to his home world and finding a life mate. When a female is tossed into the arena his soul demands he claim her. Winning his mate by Right of Might, he vows to protect Lumen and be a good provider, no matter how ugly her human appearance.

Rescued by Venomous’ people, the couple face space pirates, the condemnation of an alien government, galactic war, and a deadlier threat from within the warrior’s own kindred.

*whoop whoop* New release just before the new year. I am super busy working on new stuff, learning more about my craft, living life, etc. My writing schedule is pretty much full until the end of 2015 (upcoming books include Flux Equinox (Cosmic Lovely 2), Ash (Dragon Souls 3) and Bone & Stone). Anyway....

It's currently priced at £3.29/$5.14. This title is currently only available on Kindle. Word count is just over 183k, my longest novel to date, well over two long books in one!

Alien abduction romance often tickles my fancy. I've wanted to write one myself for ages, but never seemed to have the time. Venomous isn't one of those aliens that is mostly human looking except a few menial differences. He's a proper E.T with serious cultural and biological differences that were wonderful to weave into a plausible(ish) storyline.